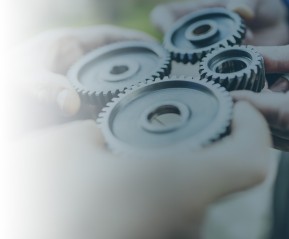 We are aware of the importance and sensitivity of our client’s patents, and because of this we are always trying to deliver high quality standard services through personalized support. Below you will be able to review our service options:

OTHER SERVICES
1. Patent draft in English and Spanish.
2. Analysis and preparation of responses for office actions.
3. Annuity payments and patent prosecution.
4. Translation services in more than 40 languages.

The granting of a standard patent in Hong Kong is based on the registration of a granted patent by one of three patent offices, called “Designated Patent Offices”

A standard patent application in Hong Kong, is made in two stages:

(2) A request for registration and grant in Hong Kong, China of the Chinese, European Patent (UK designated) or UK granted patent. Within 6 months after the date of grant of the designated patent by the designated patent office or publication of the request to record in HK, whichever is later.
Protection under standard patents is renewable annually for a maximum term of 20 years.

The granting of a Short-term patent in Hong Kong is based on a Search Report from an International Searching Authority from one of the three designated patent offices mentioned above.

Protection under short-term patents is renewable after four years from filing, for a maximum term of eight years.

If you need to proceed with the filing of your application you have to consider the following requirements:

For undeFor understanding the total costs of your patent filing or complete patent application process you must consider the filing patent office official fees, service fees and translation fees. In some countries search and examination fees should be paid later and you should also consider additional costs for preparing argumentation to possible Office Actions and finally the granting and maintenance fees.

For a better understanding of the costs, please contact us.

>> CHOOSE YOUR COUNTRY OF INTEREST